TWO DAYS OF GREAT SMOKES, STIFF DRINKS & AWESOME CONVERSATION WITH BROTHERS & SISTERS OF THE LEAF IN OUR NATIONS CAPITAL! 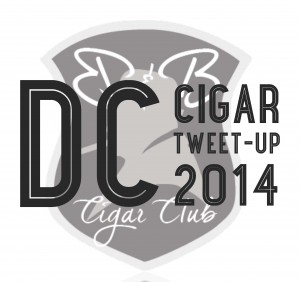 Our mission for the B&B Cigar Club’s DC Cigar Tweet-Up is to spotlight great cigar shops, introduce people to some awesome cigars, raise awareness for the work of CRA, and support a charity decided upon by the group. We accomplish our mission through the support of cigar manufacturers and shop owners, like yourselves, to sponsor our Auction/Fundraiser event evening allowing us to contribute 100% of the proceeds to our chosen charity. As this is a non-profit event, we do not pocket a single penny and in some cases provide our own resources to ensure the event’s success.

For our 2014 event, we have chosen American Diabetes Association as our charity donation recipient.

Who Should Attend?
A mixed agenda format will offer attendees a variety of ways to engage with industry insiders and twitter/social media friends. The event is aimed toward anyone who thinks of themselves as cigar aficionados.

History
Our DC Cigar Tweetup 2012 was a tremendous success.We partnered with Cigar Rights of America for the 2 day event to spotlight the work they are doingto preserve our rights to enjoy premium handmade cigars and to increase their support by bringing in new members.

The weekend began with a Friday afternoon shop event at Cigar Connection in Arlington, VA featuring the release of their Sentidos line of cigars. We held a charity auction, with over 60 attendees, that evening sponsored by RoMa Craft Tobac that was a huge success. Skip Martin & Mike Rosales were generous in donating 150 cigars that we distributed in thirty 5-pack bags to participants for a small donation. Donations were taken upon arrival and coupled with other auction items (T-shirts, hats, etc.), we were able to raise over $650 for The SIDS Foundation. This charity was chosen in part because of our good friend, Jerry Cruz, who lost a son due to SIDS.

The next morning we arranged bus transportation for 20 participants to attend two events held in Maryland. The first event was a Room101 Cigars event hosted by founder Matt Booth at Chesapeake Cigar Company. After several hours of cigar sales, food, drink, raffles, and CRA membership registrations, the bus continued to W. Curtis Draper in Bethesda, MD for an event hosted by CAO/General Cigars. This event also featured a catered menu and more cigar sales and membership registrations.

Each stop was highlighted by raffle drawings for those who purchased cigars and registered new or renewed CRA memberships. CRA graciously provided the grand prize for both raffles consisting of special CRA membership sampler packs valued at $100 each.

Copyright © 2017-2021 Cubanacan Cigars. All Rights Reserved.
WARNING! This site is for people over the age of 21. Do not enter if you are younger than 21. Cubanacan Cigars brand and related packaging are registered trademarks of Green Leaf Innovations, Inc.

You must be 21 Years old to visit this site.